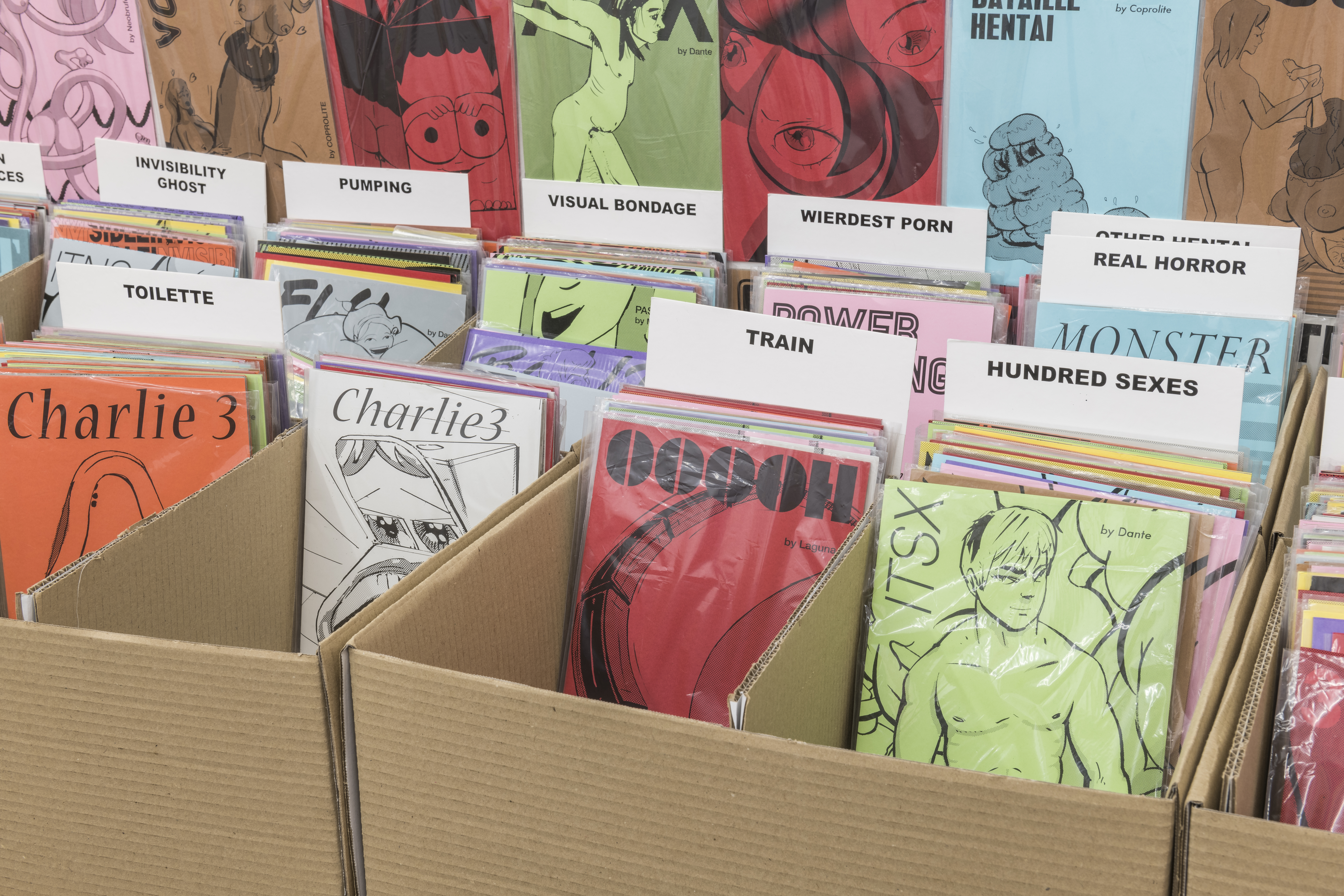 Francesc Ruiz was one of the representatives of Spain at the Venice Biennale in 2015. His work has been exhibited in many institutions in Europe and can be found in many Spanish and French collections. He is represented in France by Galerie Florence Loewy (Paris).

Florence Loewy, active since 1989, moved to the Marais in 2001 where she opened a bookshop designed by the duo Jakob+MacFarlane and initiated a program of exhibitions that began with General Idea’s Boutique Cœurs Volants. In 2017, the bookshop and gallery spaces were inverted to expand the gallery, focusing on the artists it represents. The programme continues to take into account the permeability between the projects of the artists and the bookshop, which host monographic exhibitions, book launches and collaborations around artist’s books.

With the kind support of SOLID, wood construction workshop: scenography, joinery and carpentry.