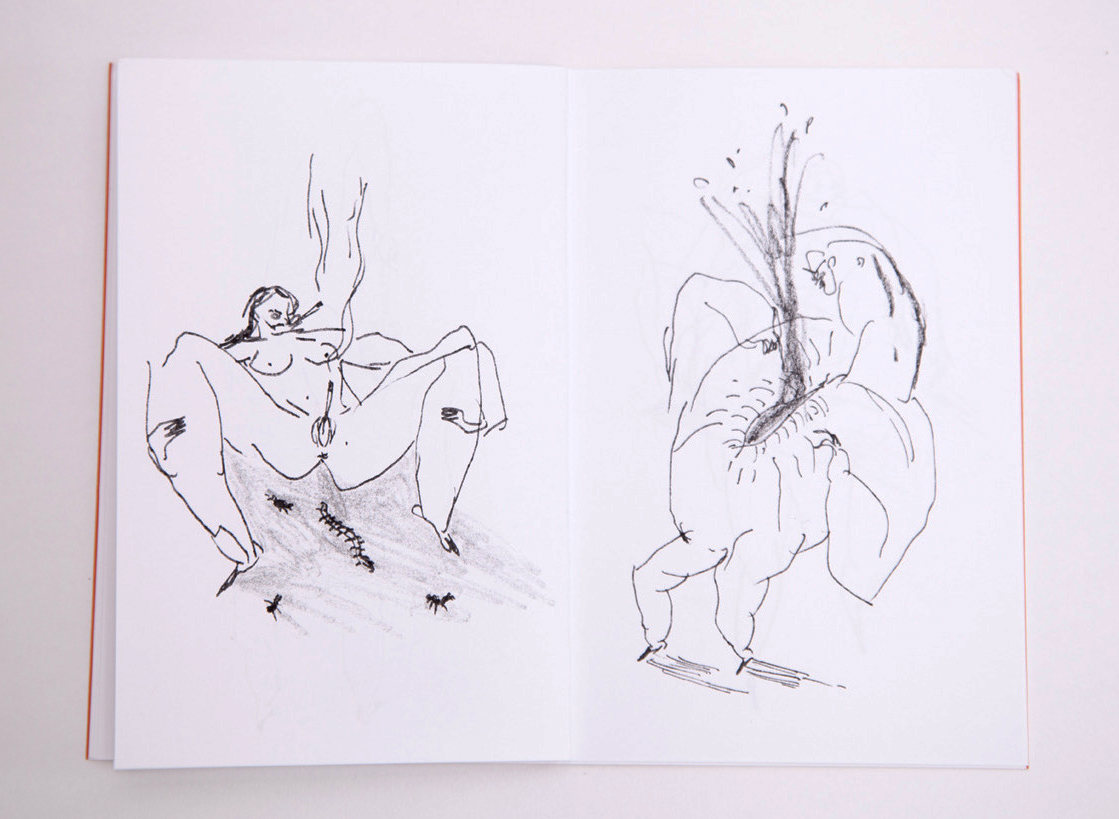 Dominic Myatt (b. 1993, Leicester, UK) is an artist, a graduate of Goldsmiths in 2014 and The Royal Drawing School in 2019. With a focus on drawing and printmaking, his work often explores the spaces between sexual fantasy and reality. Figures of ambiguous gender writhe and contort through violent and unbounded landscapes, slipping between pleasure, pain and apathy. At Paris Ass Book Fair, he presents a series of posters and zines based on the drawings influenced by his time working at a central London sex club.